Church and Estate: Religion and Wealth in Industrial Era Philadelphia

Church and Estate examines the lives and religious commitments of the Philadelphia elite during the era of industrial prosperity that stretched from the late nineteenth century through the 1920s. It demonstrates how religious beliefs informed their actions and shaped their class identity, while simultaneously revealing the ways in which financial influences shaped the character of American religious life as it took its modern form. In tracing these connections, the book shows how religion and wealth shared a fruitful, yet ultimately tenuous, relationship. 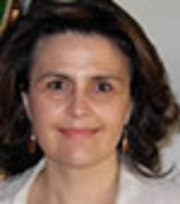