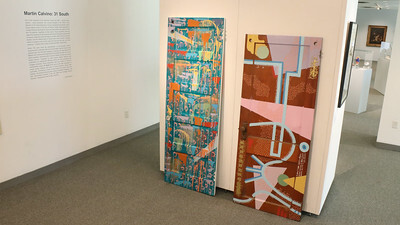 One of the measures of the ‘American Dream’ has been – and for many remains – home ownership. This concept emerged in the 1930’s in the aftermath of The Great Depression and was popularized by historian James Truslow Adams, author of The Epic of America. Adams’ book dissected the uniquely American phenomenon which promises freedom for people to reach their full potential, regardless of their origins. These aspirations were set against the backdrop of harsh American laws enacted during this period to limit immigrants, particularly those from Mexico and Asia, while those from Central, Northern, and the Western part of Europe were more welcome. Presently, millions of people in this country work hard and pay their bills, but home ownership – a marker of the success Adams described – eludes them.

Almost 100 years since the popularization of the American Dream, Uruguayan-born multimedia artist and scientist Martin Calvino’s recent home purchase gave him first-hand experience measuring the gap between the desire to own a home and the fragile truth that obviates that reality for so many. Home ownership – the benchmark of economic stability, freedom and success remains elusive – especially for Latinx people. Despite Calvino’s high qualifications, he experienced difficulties during the home purchasing and mortgage processes. These experiences were the impetus for Calvino’s interdisciplinary project 31 South which uses art and data visualization to analyze lending practices and rates of home ownership among Latinx communities, illuminating a series of social justice and equity issues like redlining – the practice of denying loans unjustly to qualified mortgagees – and other discriminatory practices in the real estate and mortgage banking industries – despite laws meant to offer protections.