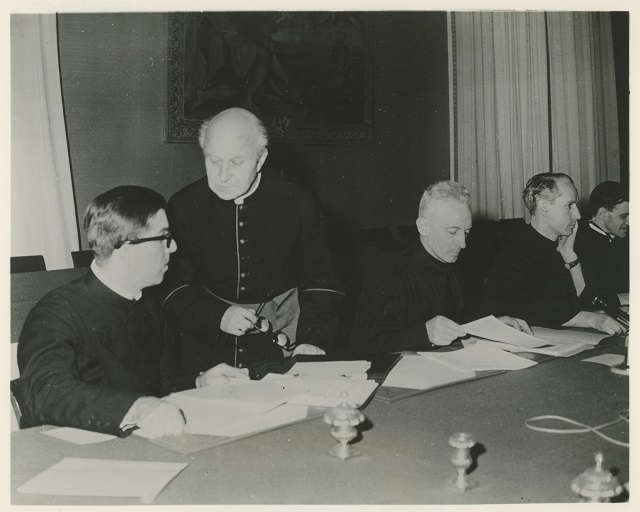 In this article, John M. Oesterreicher protests in the name of justice, the Spirit, the Gospel and the Church against the anti-Jewish Nuremberg Laws, which had been promulgated one month earlier by the Third Reich in September 1935.

It is a turning point for the Die Erfüllung (The Fulfillment), the journal John M. Oesterreicher founded, which had previously avoided addressing political events. As Oesterreicher noted:

"We have refrained from expressing a reaction to the exclusion of German Jewry from the economic and social life of Germany. This, however, is no longer possible; we can no longer look on the anti-Jewish measures as if they were not our concern. Now it is our duty to take a public stand. All of the measures which placed the existence of German Jewry within German society in grave perils had been passed over in silence. But here is a decree which shatters any political framework. which no longer atttaks only the external positions but strikes at German Jewry in the depth of its being, desiring to annihilate it in its inner existence. This decree threatens not only the Jews but the West, not only the West but humanity as such. This law concerns each and every individual, and no one can shirk the responsibility of taking a stand."