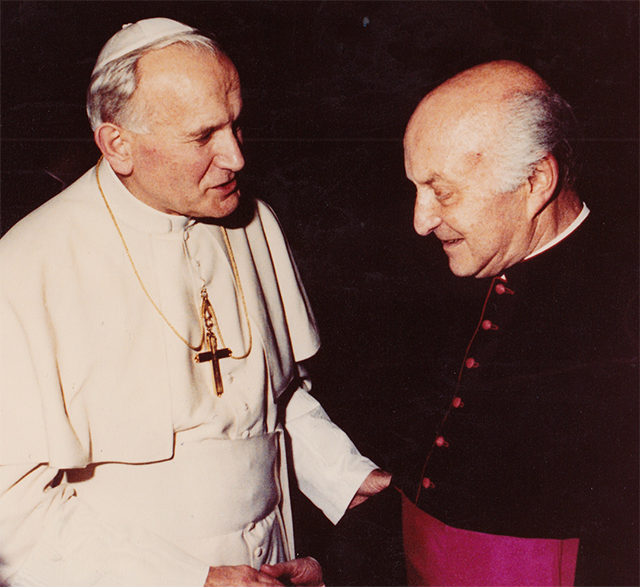 The Vatican Document of December 10, 2015 “God’s Gifts and Calling” Builds on Nostra Aetate

Rabbi Noam Marans, Director of Interreligious and Intergroup Relations for the American Jewish Committee, was the speaker for the 23rd Msgr. John M. Oesterreicher Memorial Lecture on November 3, 2016.

He presented "'The Gifts and the Calling of God Are Irrevocable' (Rom 11:29): A Reflection on Theological Questions Pertaining to Catholic-Jewish Relations on the Occasion of the 50th Anniversary of Nostra Aetate (No. 4)." This document was issued by the Pontifical Commission for Religious Relations with the Jews on December 10, 2015.

Rabbi Marans was a participant in the anniversary celebration in Rome in October 2015 and was an organizer of the biennial conference of the Pontifical Commission for Religious Relations with the Jews and International Jewish Committee on Interreligious Consultations (IJCIC) in Warsaw, Poland from April 4-7, 2016.