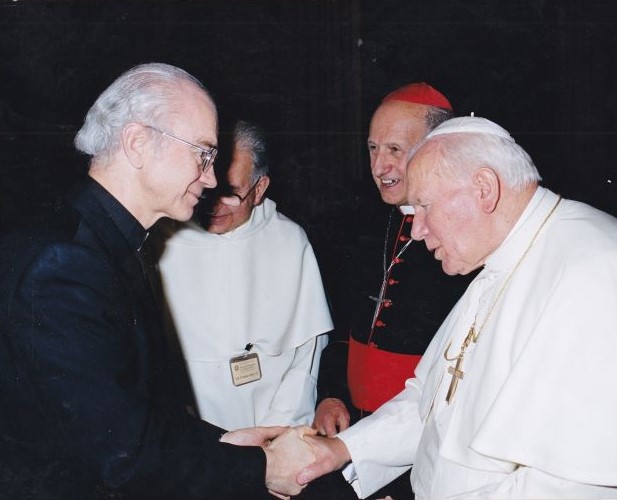 In the 1961 meeting of this Society, the Basilian biblical scholar, James Terence Forestell, reflected upon the biblical background of the Magnificat. He declared that it is not merely a patchwork quilt of Old Testament texts. "The Magnificat is a new hymn with its own unity of inspiration, but the words do reflect a whole stream of O.T. piety, which is not to be isolated in a few texts." He studied the background possibilities in the Jewish Scriptures for every significant term in the hymn.I will stand with him against the assessment of the Jesuit Scripture scholar, Joseph A. Fitzmyer, who has called the Magnificat "a cento-like composition, a mosaic of O.T. expressions drawn from the LXX (the Septuagint)" . In his commentary he printed Old Testament sources in the margin of his translation, which is very useful for one searching for the roots of the various passages, but I hope to show that more can be said about the sources.In The Birth of the Messiah, Raymond E. Brown offered a two-page table, listing O.T. and other Jewish parallels to the canticle of Mary. He marked those that are closer to Luke when quoted from the Septuagint rather than from the Massoretic text of the Hebrew Bible. This summarized the work of those reviewing the issues related to the original language of the prayer.Is this Luke's composition or does it derive from early tradition? Some scholars argue for Lucan authorship but many see a Jewish-Christian source or sources for the canticles in Luke 1-2 and a few consider the Magnificat to be a Jewish hymn transplanted into the New Testament.