Trinidad (Trina) Padilla de Sanz (1864-1957) was a Puerto Rican poet, suffragist, and composer. Her lifetime spanned several of the most defining moments of Puerto Rico’s history, all collected in her writings and correspondence with some of the most influential people in Puerto Rico and Latin America at the time. She adopted the pen name “La Hija del Caribe” in honor of her father José Gualberto Padilla (1829-1896), a prominent medic, poet, and political activist known as “El Caribe”. La Hija enjoyed a prolific literary career over the course of several decades, with her corpus consisting of articles, essays, poems, and short stories on a variety of socio-political, artistic, and musical topics. The Trina Padilla de Sanz papers date from 1845 to 1968, and include personal correspondence, original manuscripts, published works, and photographs. This collection not only depicts the exceptional life of Trina Padilla de Sanz, but also documents a time of great socio-political and cultural change in Puerto Rico. 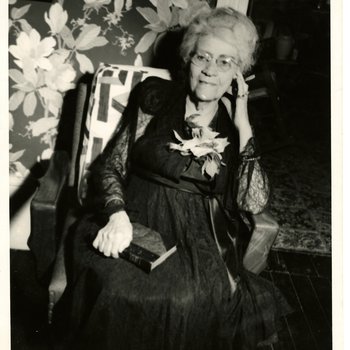